Story Cards: Duel was developed with to inspire younger students to read more books and give them a fun way to learn about the great characters of literature.

When it comes to the battle, players choose six characters and an author via the deckmaker and then through turn-based play they must strategically choose their strongest ratings. Each of the six ratings – Fame, Adventure, Humour, Bravery, Brains and Mystery – are defined by the character’s pursuits in their respective stories. Opponents can be computer-controlled or, even better, a classmate playing live on their own device. The player who first loses all their cards will lose that match.

As students read books via their eReader App, new characters are revealed in the game, creating a virtuous circle of reading and playing. A series of missions encourage players to attempt more complex and audacious wins, while also ensuring there is a measured flow of new content. In this way, both casual and committed readers are rewarded.

The end result is a simple and compelling card game that immerses the player in the world of children’s literature. Story Cards: Duel has been rolled out to a number of US schools as part of the Amplify pilot programme.

Developing the core gameplay, parts of the framework and UI, including the deckmanager 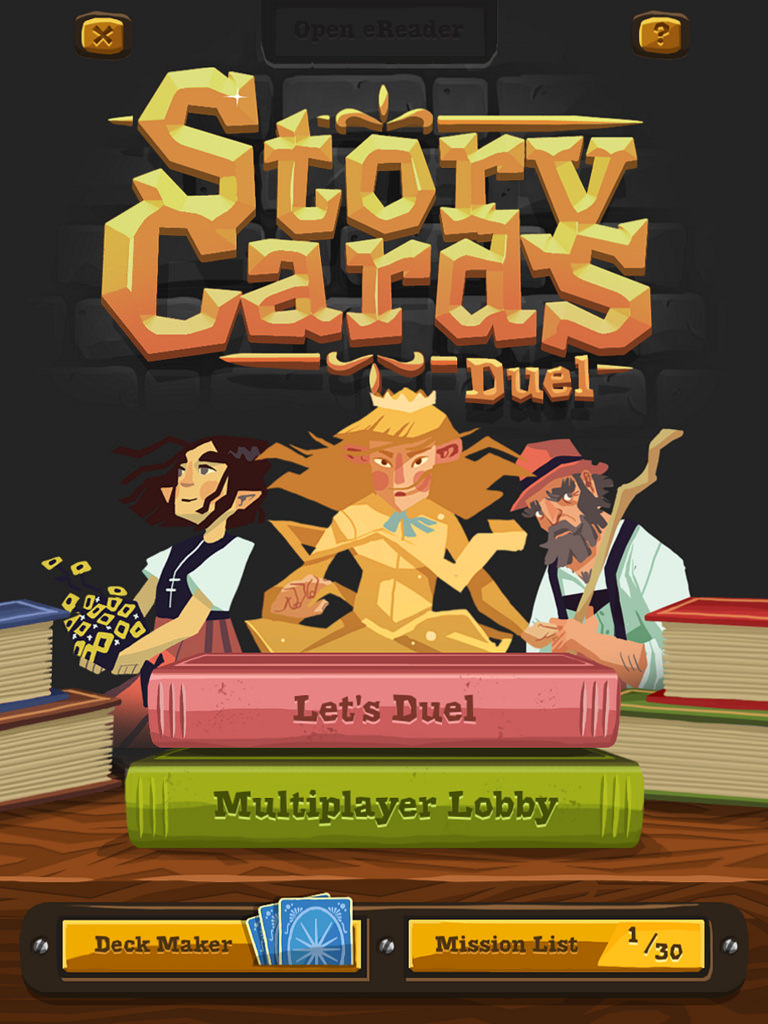 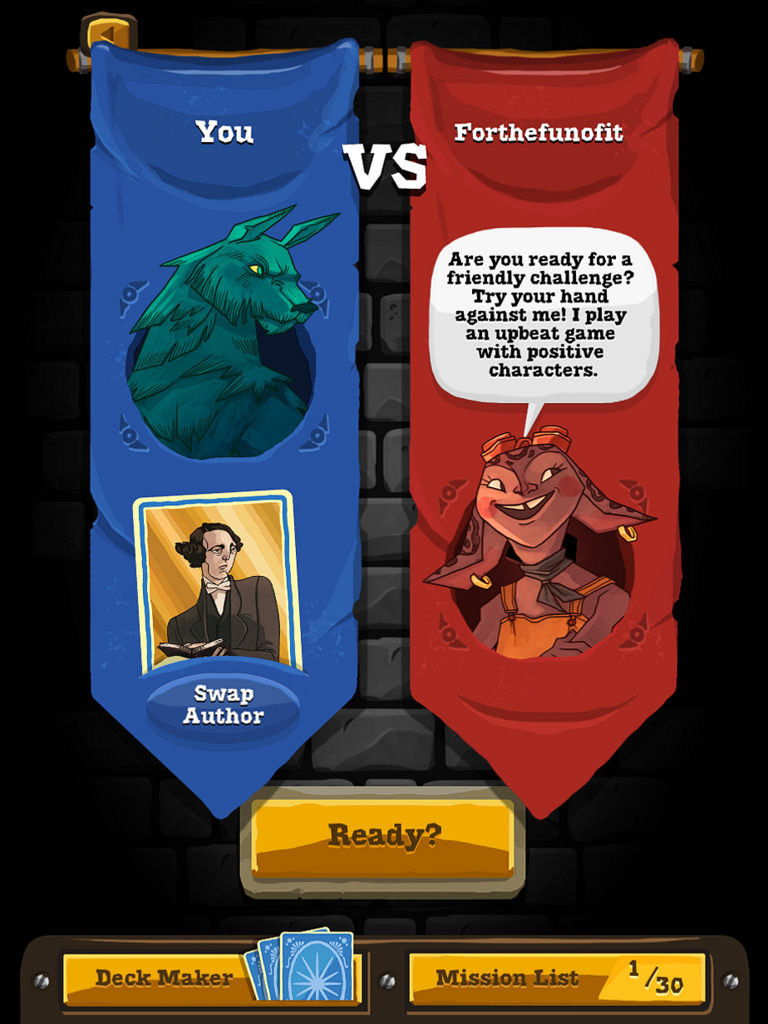 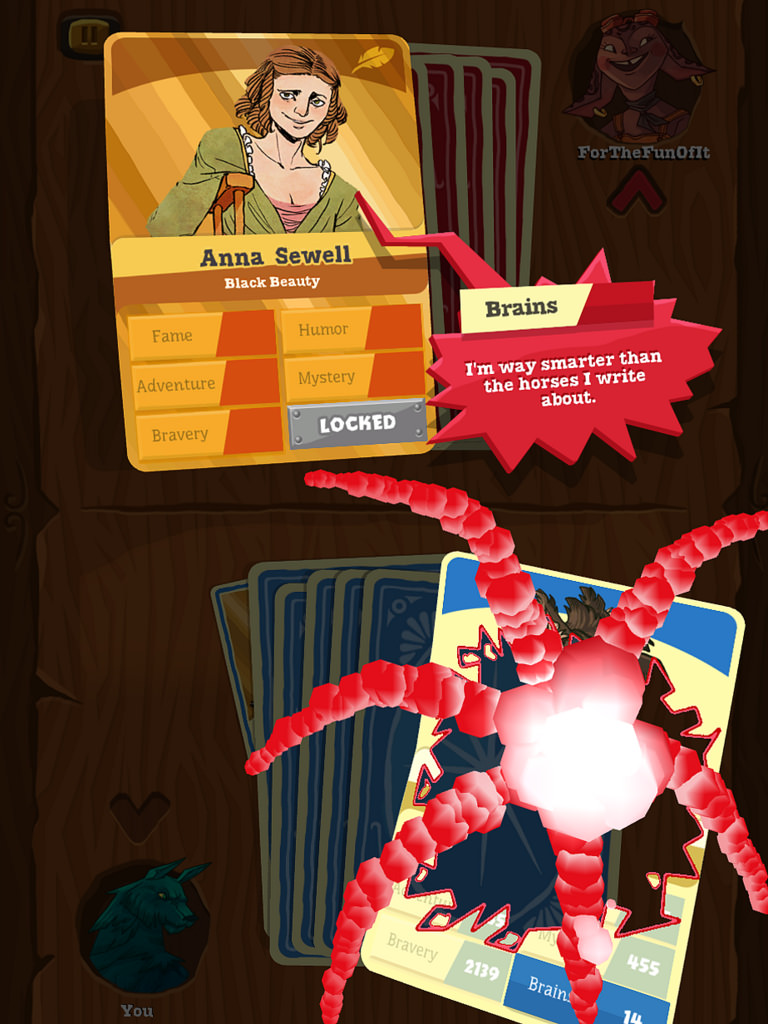 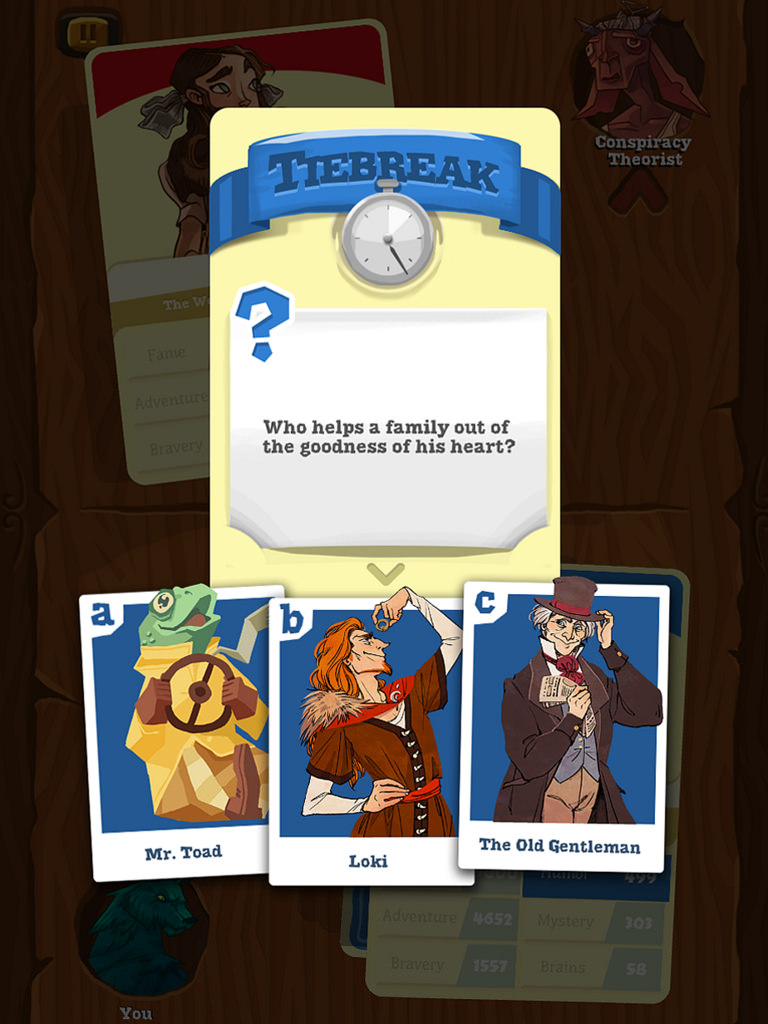 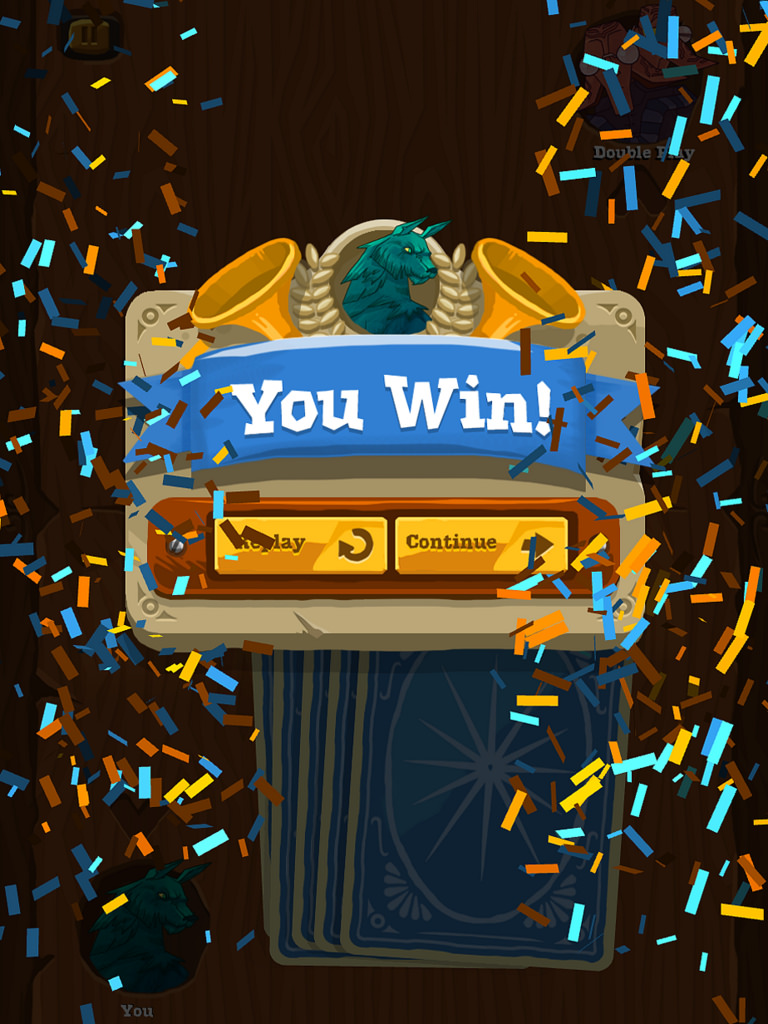 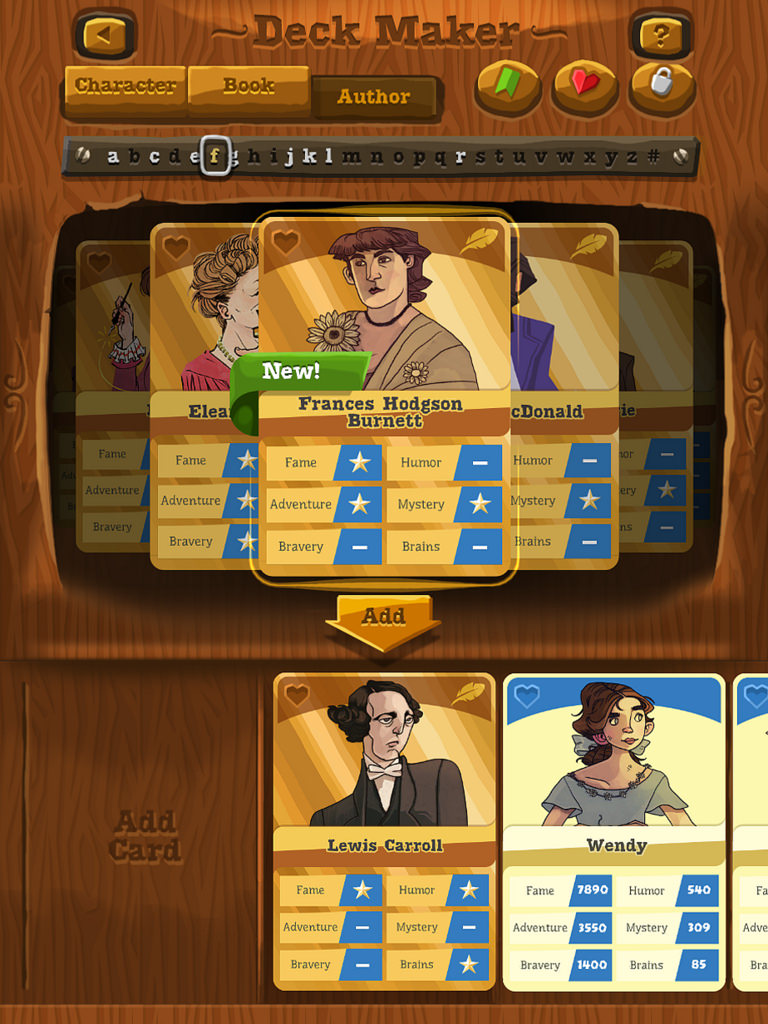