Save the Can is an whole room Virtual Reality prototype experience for the HTC Vive.
The idea behind this prototype was to show of the potential of VR for engaging event visitors with the brand Red Bull and the energy drink. The bigger concept was to create a series of mini games which the player would have to complete.

Save the Can is the prototype for one of these mini games. The player has to overcome the fear of heights and jump over a chasm to get to a can of Red Bull.
To enhance the experience we got an europallet in the real world which position was synced to a similar europallet in VR and let the players start on that. This small tricky increased immersion quite a bit since it created a feeling of really standing on the edge of a chasm

Since it was a prototype I just used assets that were already available in house, to be precise the set of a 360° video clip which showed a city rooftop which was modelled with Cinema4D. 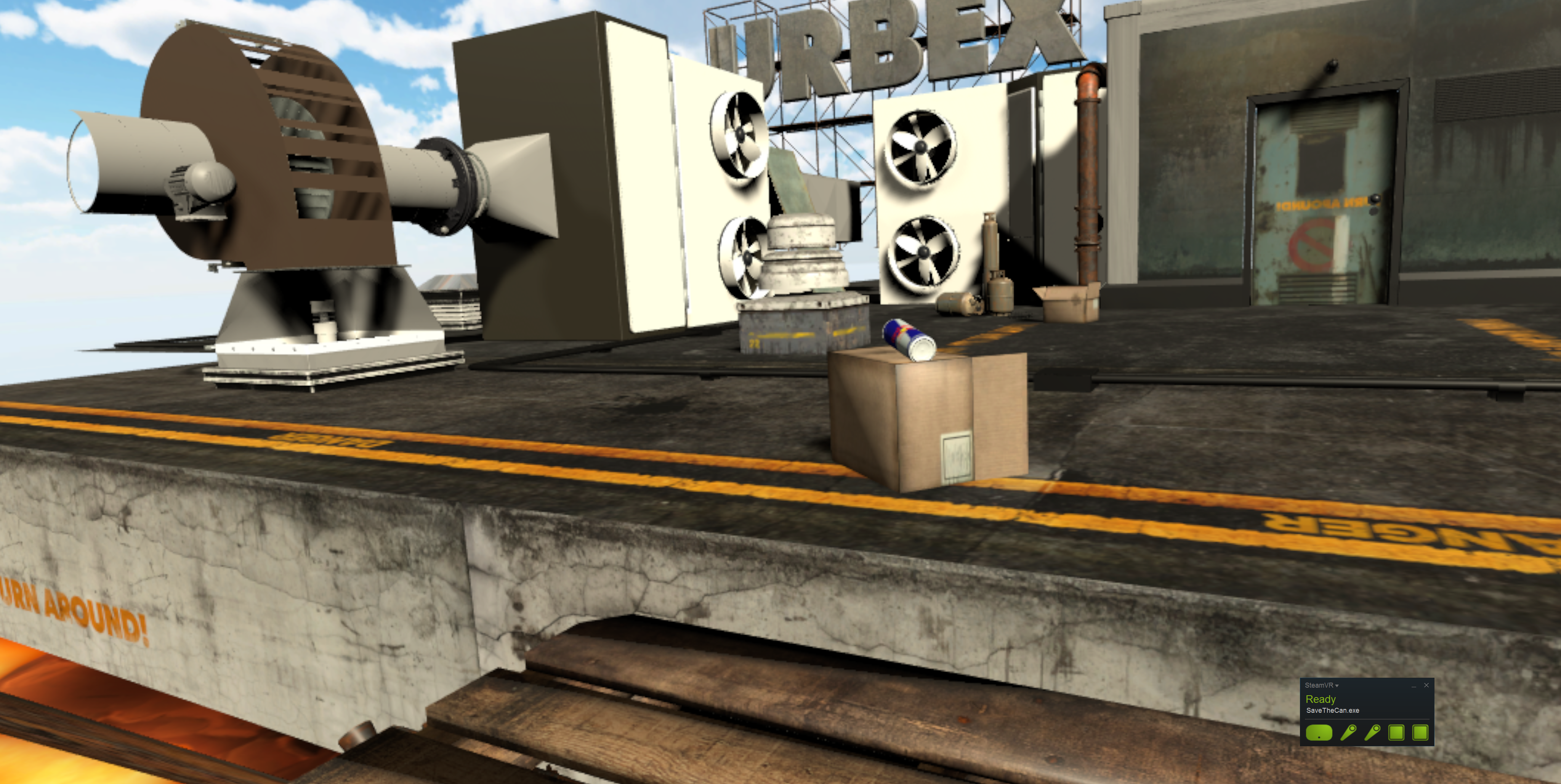 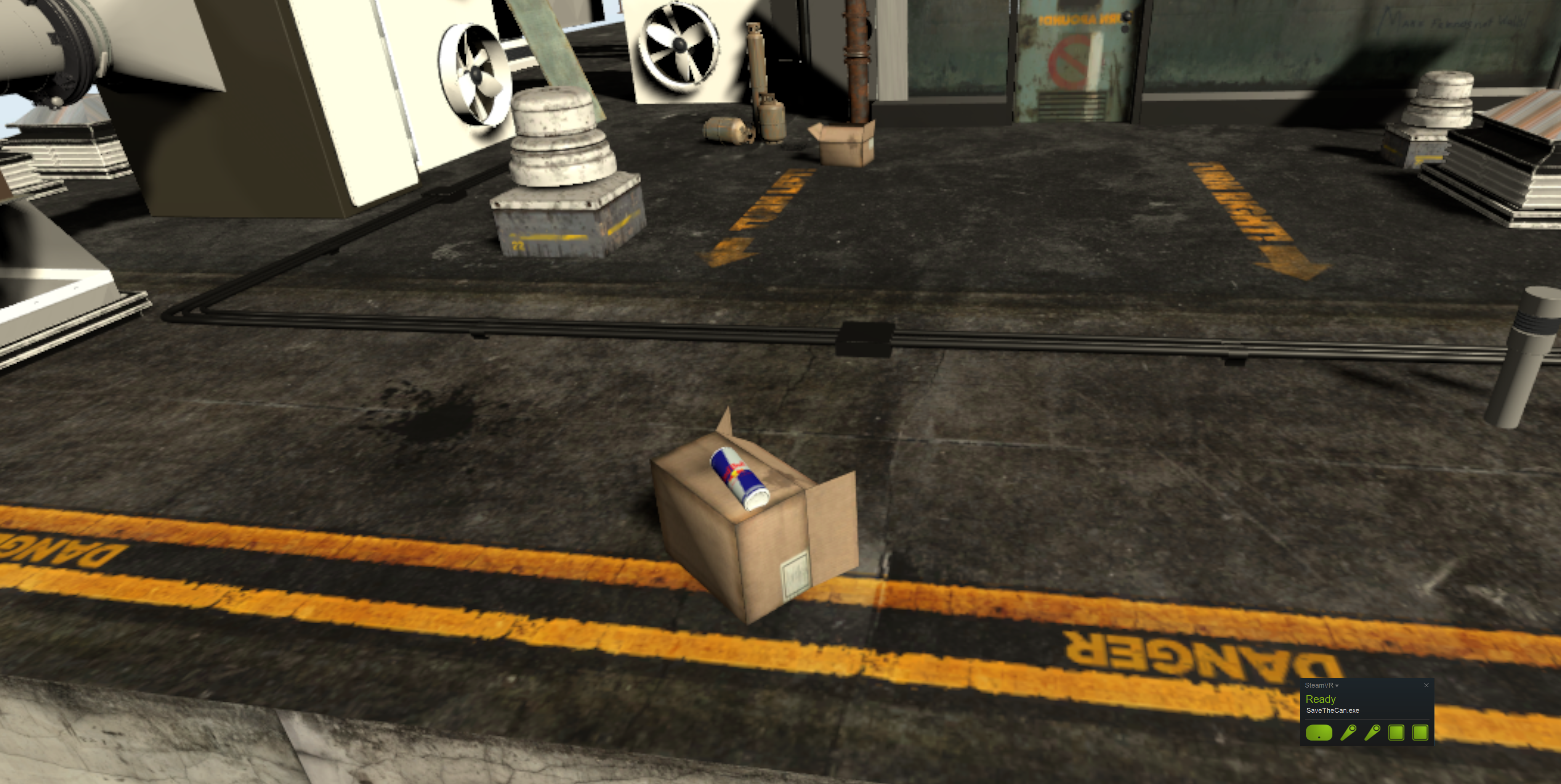