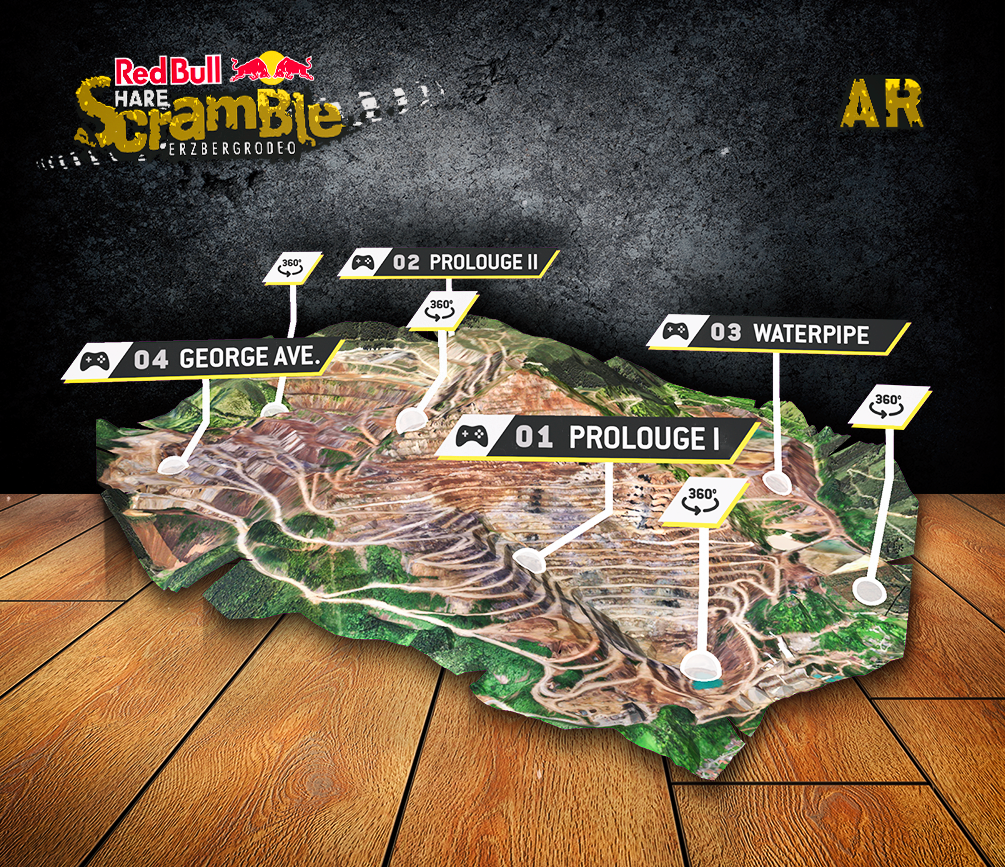 The Erzbergrodeo Red Bull Hare Scramble AR experience was published as part of an AR Hub within the Red Bull TV app. Users of the experience were able to view a 3D model of the Erzberg mountain in AR and play parts of the track via gameplay sections.
The experience was developed by an external partner (Junge Römer) and I was involved to steer the creative and technical direction of the project.